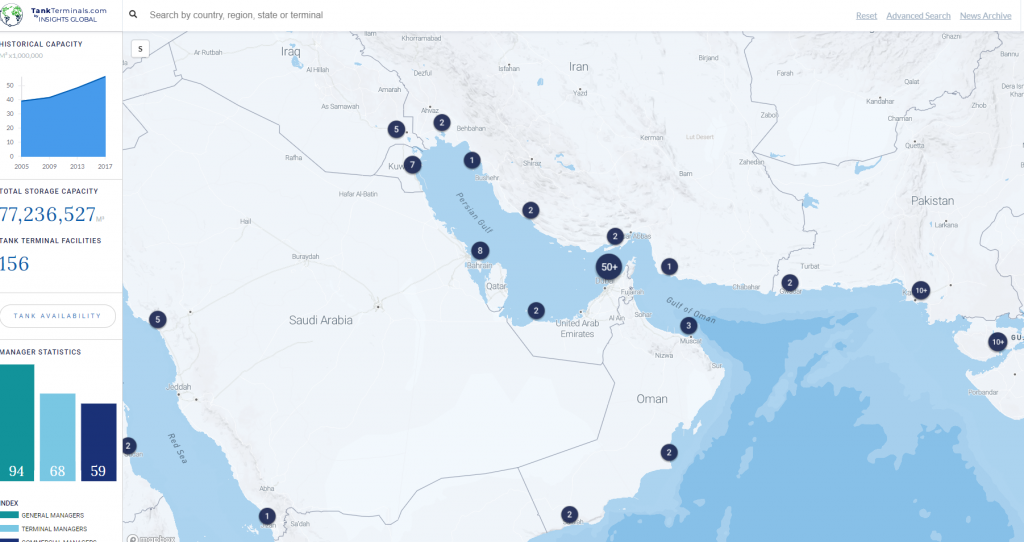 Every major stock index in the Gulf retreated after an incident in the Sea of Oman threatened to inflame the already tense relationship Iran has with its neighbors. Bonds also fell.

The benchmark equity indexes in Dubai, Kuwait, Riyadh, Muscat and Doha fell 1% or more. The yield on its 2028 dollar bonds climbed 7 basis points, the most among Gulf peers.

The U.S. Fifth Fleet said two oil tankers were damaged near the Strait of Hormuz, with one of the ships’ operators describing the incident as a suspected attack. The development comes after attacks on oil tankers near the Persian Gulf last month and raises the possibility of a disruption of crude flows.

“This is the second time in a month’s time. That is worrying. Shows how sensitive the region is to such news,” said Joice Mathew, head of equity research at United Securities in Muscat. “One can’t really see what’s going to happen, especially when all sides are very stubborn.”

The Strait of Hormuz, at the entrance of the Persian Gulf, is a waterway for about 40% of the world’s seaborne oil shipments. While most economies in the region are trying to diversify their income away from crude, revenue from energy sales still accounts for a large proportion of their cash inflow.

The decline may be a knee-jerk reaction, said Nader Naeimi, the head of dynamic markets at AMP Capital Investors Ltd. in Sydney. “Even if it’s not an accident, we have seen incidents like this before and they usually pass, without a prolonged effect. Unless, of course, if a war breaks out!”

“The question is if we see escalation from here, or efforts to calm tensions,” said Timothy Ash, a strategist at Blue Bay Asset Management in London. “Trump appeared eager to call off the attack dogs in his administration last month. He seems eager to avoid a major war in the Middle East, involving U.S. troops.”